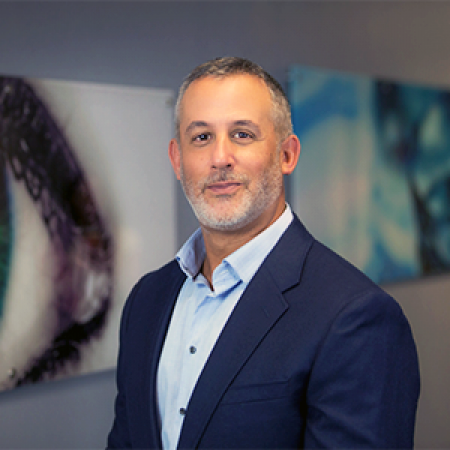 ABB Labs encompasses the original DEL facility in Hawthorne, New York, as well as three labs in Cincinnati, Milwaukee, and Nashville that were acquired in ABB Optical’s 2016 purchase of Diversified Ophthalmics.

Scott conceptualized the original Digital Eye Lab facility in 2007 as the first fully automated laboratory dedicated to freeform digital lens fabrication in the United States. He developed the strategy, facility plan and launch into market, and recruited some of the best team members in the industry to establish Digital Eye Lab. Since the company’s launch, Scott has spearheaded efforts to significantly expand the lab’s production capabilities through new equipment, resulting in a broader range of product offerings and more efficient production times.

Prior to conceptualizing and launching Digital Eye Lab, Scott was a principle at Vision Products East, an independent optical sales and marketing organization. In this role he gained experience in all facets of lens fabrication, from hardware to software to staffing requirements. His background in the industry began in 1990 when he joined Balester Optical Company and served for five years as a New York Metro sales representative. He continued building his knowledge of the lens fabrication industry as a key account manager at Diaco Corporation, where he bolstered his skill set to include developing marketing launch initiatives and working with license brands to develop product, packaging and advertising components.

A graduate of the State University of New York at Oneonta, Scott brings years of experience and invaluable knowledge to ABB Labs and ABB Optical Group that support the company’s business goals and future expansion endeavors.